Eco- Kosjerić Project is a public advocacy action run by K-town Group that was developed as a response to the damage of environment in Kosjeric Municipality. Members of the K-town Group documented and photograph many obvious sources of the environmental damage. Those most responsible for the Kosjerić’s environment contamination are: Cement Factory Titan, Colour Factory Irkom and Cable Factory Elkok.

Major contaminator is Cement Factory Titan. K-town group invited Greenlimes independent agency from Belgrade to check our founding and they confirmed that air pollution in the town is 8 to 12 times higher than it is acceptable by the state regulations. The first serial of measurements was performed between 20th of November and 18th of December 2003 during the time when Titan Factory was open and working to its full capacity. At that time the level of air pollution was exceptionally high. Second serial of measurements was performed between 9th of September 2004 and 23rd of February 2004 which was the time when Titan Factory did not work and the results showed that the air pollution was on the level that is considered acceptable by the state law. Greenlimes Agency concluded that main source of pollution was Cement Factory Titan.

Major elements of the air pollution are high level of cement’s dust and heavy metals, especially arsenic – a notoriously poisonous metalloid that can severely damaged human health. According to the Greenlimes Agency the level of arsenic in the air was 4 time higher that it legally allowed. Furthermore, in addition to the existed pollution, Cement Factory Kosjeric planed to open illegally built coke production plant that would further containment Kosjerić’s environment.

Local rivers are also threatened by the factories. All of the above mentioned factories do not have filters for the factories’ liquid waste which are thrown directly to the rivers Kladoroba and Skrapež. 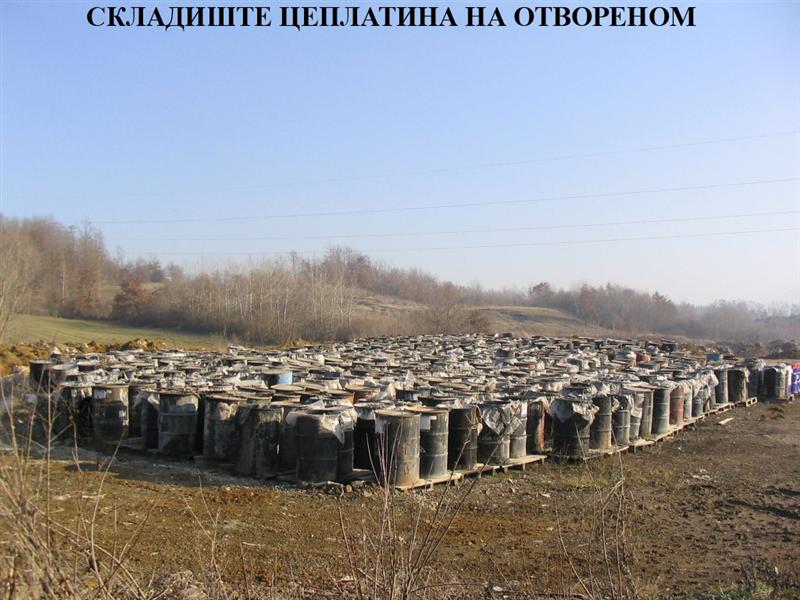 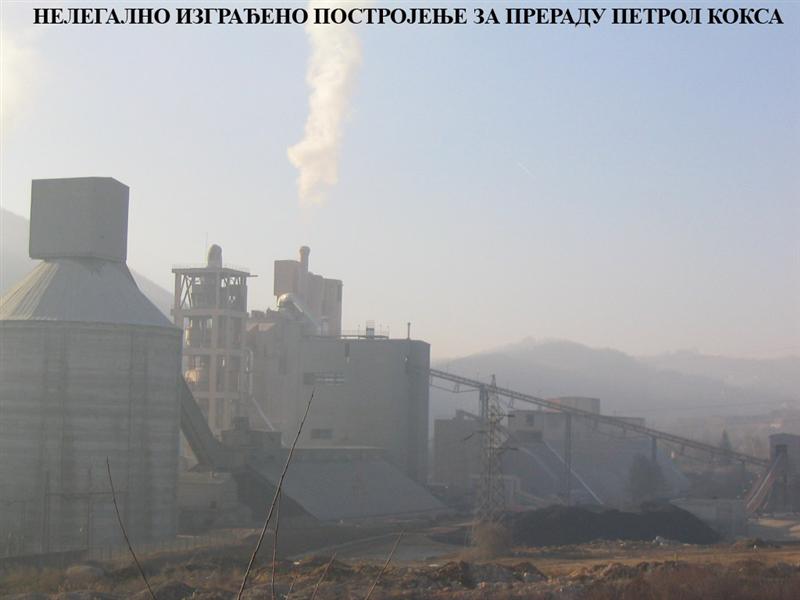 Užice Regional Health Centre published a report on 22nd of January 2004 in which it states that Kosjerić municipality has the highest rate of deaths from cancer, lungs problems and heart diseases and it has second highest rate of infants’ deaths. This data clearly shows severity of the pollution in Kosjerić.

According to the data of Kosjerić Health Centre for the last two years there were 1,364 new cases of acute asthma and bronchitis, out of which there were 342 children. It should be taken into account that according to 2002 Census the whole municipality of Kosjerić has 14,001 inhabitants which clearly shows the level of environment pollution with the serious effects to human health. The main goal of the EKOsjerić project is to make pressure to responsible institutions to solve the problems of pollution in Kosjerić.

The first part of the Campaign was aimed to inform Kosjerić’s citizens about the level of pollution in the town. K-Town Group run an opinion poll through the set of questionnaires and found out that almost 60% of the citizens consider themselves poorly informed or completely uniformed about the issue. Thus, K-Town Group organized street counters with the promotion materials and “door to door” campaign explaining the current pollution in the town. The campaign was supported by more than thirty volunteers, among whom the oldest one was 75. In addition to this grass root advocacy approach K-Town Group was actively informing citizens about all activities during the campaign throughout local, regional and state media.

K-Town Group informed liable ministry cabinets about the pollution in the town and took part in the work of Ecological Comity organised by Kosjerić municipality. 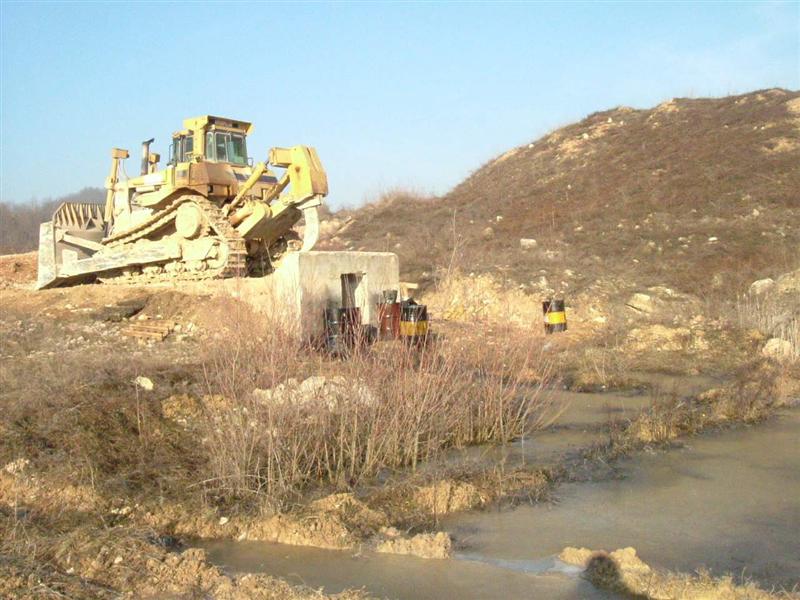 In the second part of the campain our activites tried to ecnourge citizens to take part in the public advoacacy through the seris of actions aimed to the insitutions that can help to solve the pollution problem. In the performance in wich memebers of the K-Town Group placed “the machine for the production of the fresh air” in the town centre, we tried to show that we are deprived for the basic human need for a fresh air. In addition, K-Town Group activists organized several performances for the journalists who came to the press conference organized by FC Titan in order to inform them about the true level of pollution in the town.

K-Town Group activists also started to put together report about the impact of FC Titan to the environment in the Kosjerić municipality. On 3rd of May K-Town Group organised public protest against the pollution in the municipality. It is worth mentioning that this has been the first peaceful public protest in Kosjerić that was not related to political issues for years.

There were around three hundred citizens who walked to the factories that are main perpetrators of the town’s pollution and handed them letters in which we demand urgent actions. We left 20 days for local perpetrators, Kosjerić municipality and liable ministry cabinet to suggest a solution for the problem.

The meeting between FC Titan management, representatives of local government and representatives of Ministry of Science and Environment Protection was hold on 11th of May 2005 in Kosjerić Municipality aiming to find a solution for the current environmental problems. Mr Miroslav Nikčević, from the Ministry of Science and Environment Protection insisted that representatives of K-town Group should be also present in the meting which we gladly accepted. We used this opportunity to present our Report about damaging environmental impact of FC Titan to Mr Nikčević and stressed the necessity to include other polluters of Kosjerić’s environment in the meetings like this. It was concluded that it is necessary to continue negotiations between FC Titan and Kosjerić Municipality until the solution is found.

K-town Group will take the opportunity to monitor implementation of the agreement and to suggest further actions when the Plan of Detailed Regulations becomes publicly available. 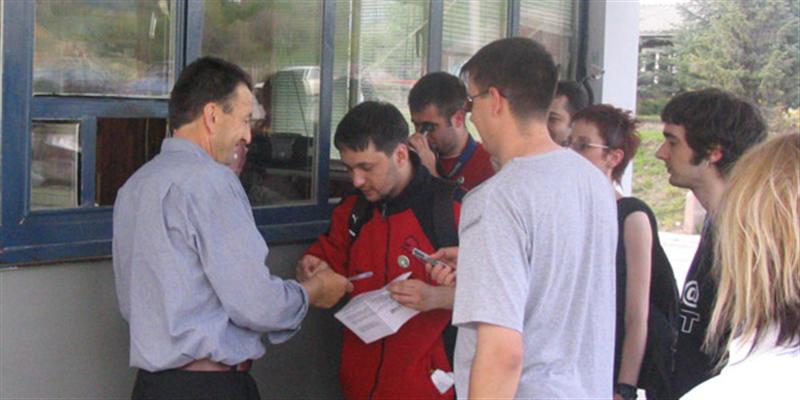 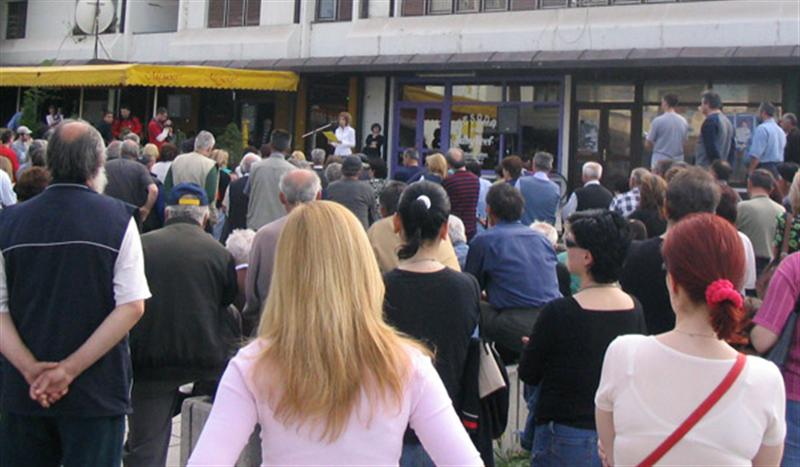 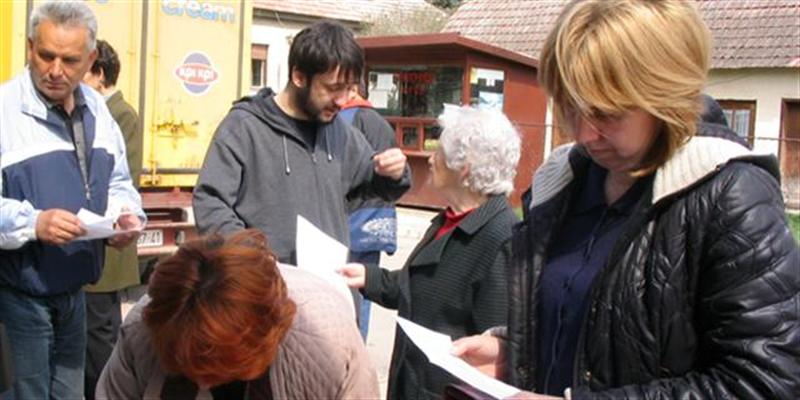