SCHOOL THAT IS WORTHY OF CHILDREN

In the time when computers are necessary part of almost any education process, some pupils do not have the basic necessities in their schools. Thus, pupils and staff in the Jordan Đukanović Primary School in the Varda village near Kosjerić do not have a toilet in their school. For the past two years they have been forced to use the toilet in the nearby village pub. Furthermore, state officials issued a decision to close down the school because of inadequate sanitary condition.

Through the public advocacy project A School that is Worthy of Children the K-TOWN GROUP from Kosjerić aimed to help pupils from the Jordan Đukanović Primary School to get the school which will satify their basic needs.

The project is a part of the Balkan Foundation for Local Initiatives called the “Effective Public Advocacy – Learning by Practice” project supported by Freedom House. The main aim of the project was to put pressure on the members of the Kosjerić Municipality Council to guarantee financial resources in the Municipality budget for to 2006 for the building of a toilet in the Jordan Đukanović Primary School.

Using public advocacy as it main mean for the political struggle during the period of two months, the K-Town Group succeed in its aims. At the meeting held on 28th December 2005 members of the Council decided to ensure financial support for the School worth 600.000 dinars. 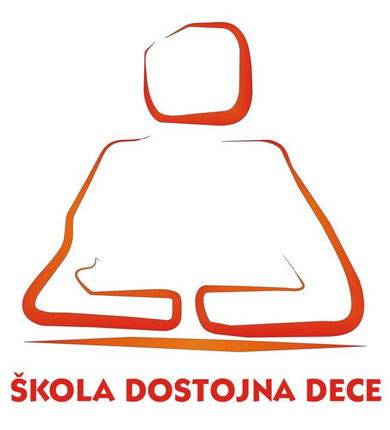 Several meetings with the representatives of the local and members of the parties that have seats in the Local Council, as well as media pressure, helped the Group to complete the project successfully.

We also believe that chrisms greeting cards made by the pupils of the School with help of the K-Town Group acitivistes that were sent to Councli members, party officals and bussinepeople from the town, greatly helped in the promotion of the project aim. During two days of hard and creative work more than one hundred schoolchildren from the school in Varda made more than 300 peaces that K-Town Group activists turned into the greeting cards.

The very text of the cards put the decision makers into the position of Santa Clause to whom only one whish was sent: new toilet. 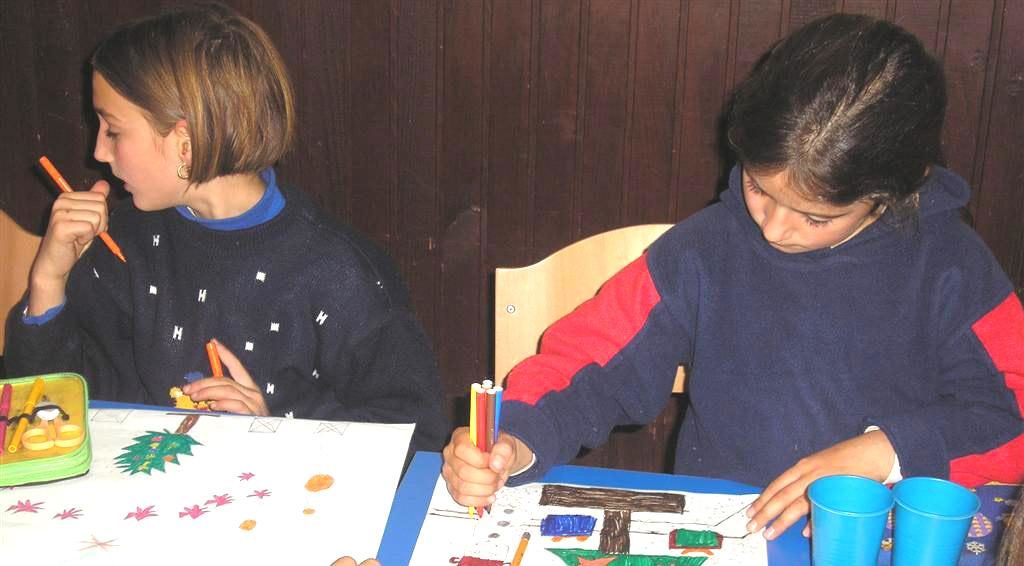 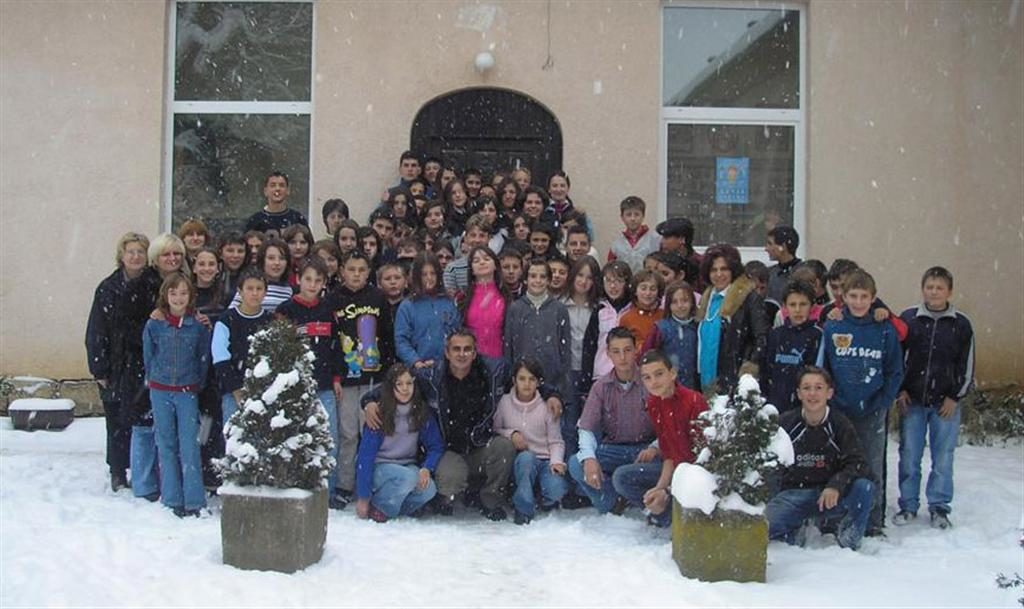 A part of the project A School that is Worthy of Children were the football game and quiz of general knowledge set between the pupils from the Jordan Đukanović Primary School and their mates from the Mito Igumanović Primary School from Kosjerić of February 25th 2006 with the guests from Local Municipality Council.

These events attracted great attention from the Kosjerić citizens who enjoyed the good game and high level of knowledge the pupils showed. K-Town Group activists gratitude the schools for their collaboration giving books for the school libraries, while children also get t-shirts with the project logo. During the events the Group activists also tried to drew the citizens’ attention to bad conditions of schools in rural areas by delivering leaflets and other promotion materials.

The K-Town Group received great help from the local media who regularly reported about the group activities and showed some special shows about the problem. Tender for the building of the school toilet was declared on 3rd of March 2006 and we expect the pupils of the Jordan Đukanović Primary School will get proper school in next fees months. 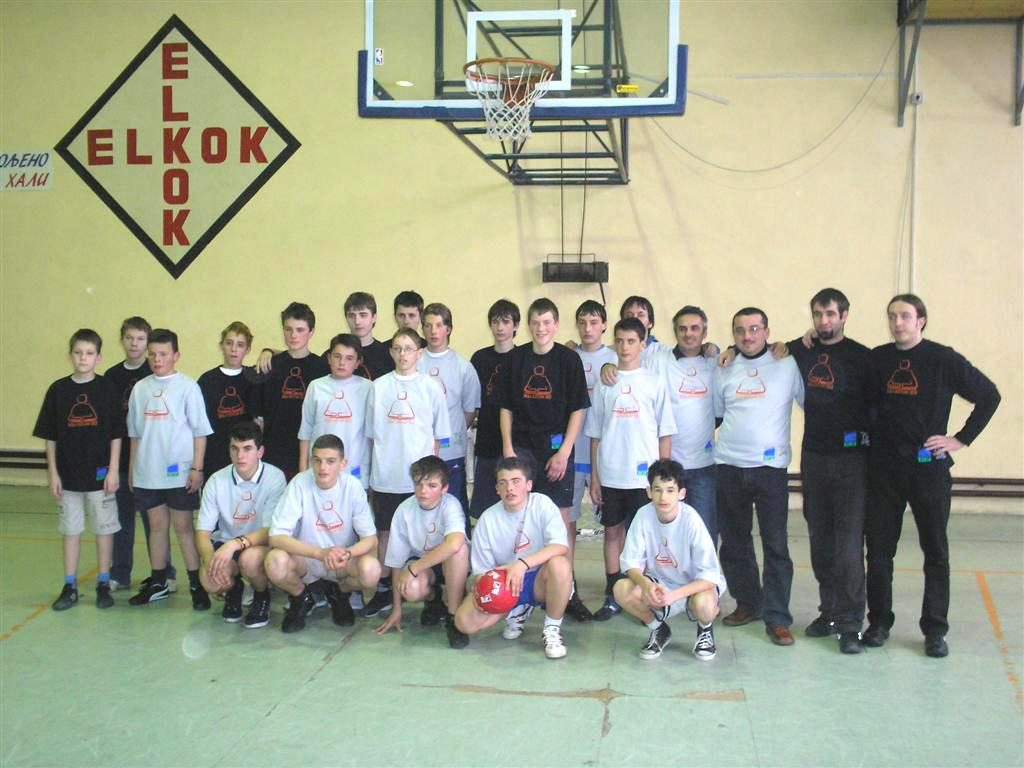 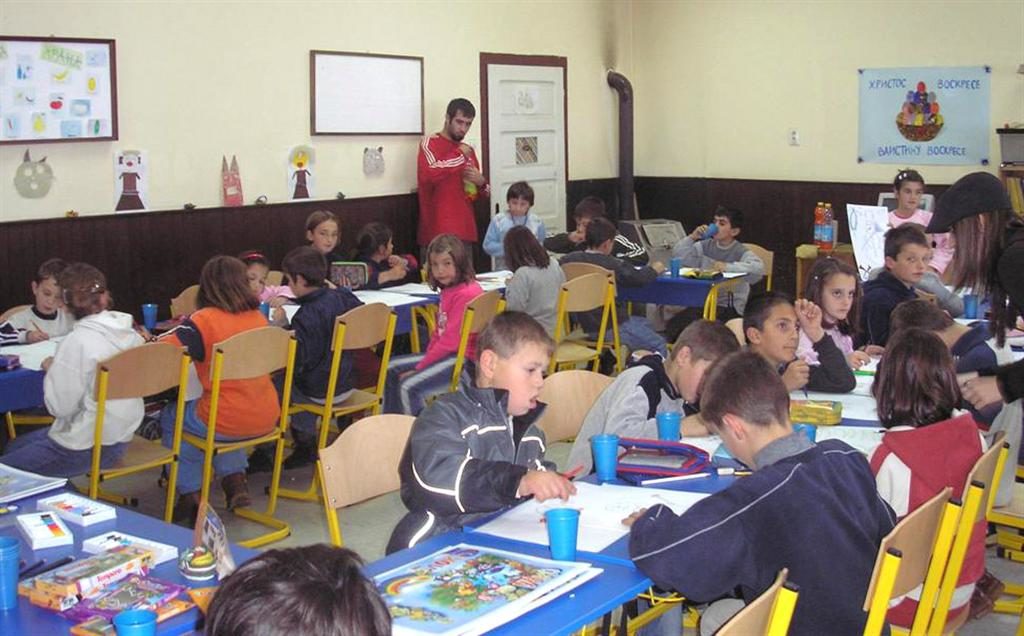 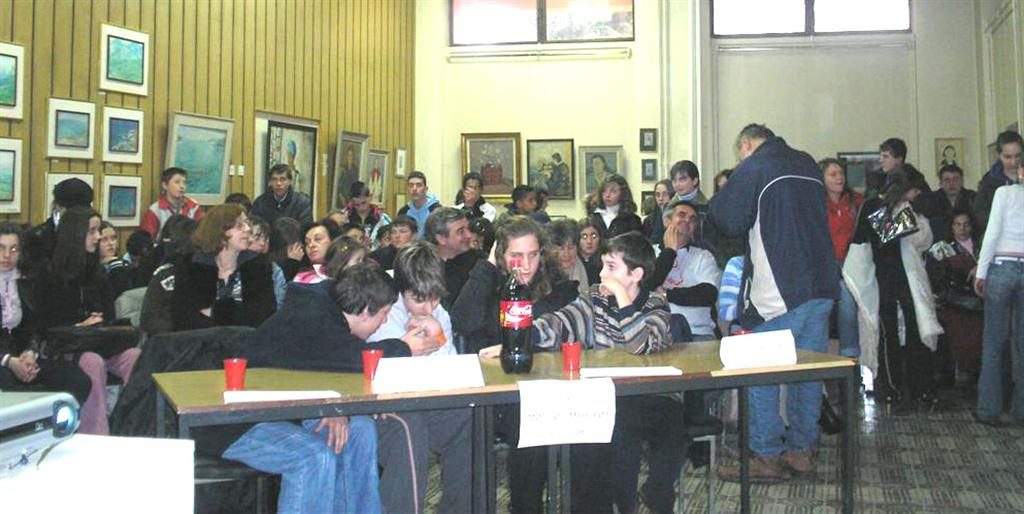